HealthDay has been producing award-winning content since 1998, and has steadily grown to become the world’s largest syndicator of health news and a leading independent creator of evidence-based health content. HealthDay editors and writers have won numerous awards in journalism, including the Pulitzer Award, and top prizes from Associated Press Managing Editors.
We are committed to the creation and delivery of credible, relevant and timely health content, and are highly respected for our ability to do this. So much so in fact, that HealthDay are content providers to content providers. Leading media such as WebMD, American Heart Association, Merck Manual, US News and World Report, Medical publishers such as Elsevier, Haymarket Media, and Wolters Kluwer put their trust in HealthDay content.
Our clients utilize HealthDay content on their websites, in newsletters, through intranets, in email campaigns, on social media and in many additional PR and marketing situations. Our mission is to create engaging content which delivers better outcomes for all of our clients.
A division of ScoutNews LLC, HealthDay operates under the strictest editorial standards. We take utmost pride in the fact that our syndicated news content is completely independent of any financial interests, and is based solely on industry respected sources and the latest scientific research. 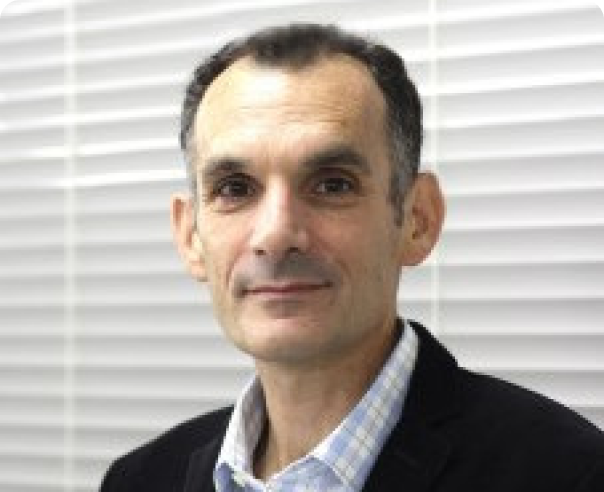 Andy MeyersCEO
Andy holds BA and Masters Degrees from Columbia University, and has an extensive international business acumen. He created and managed AJ Advisers, an international digital media yield optimization solutions provider, and has played leading roles in various international transactions, including overseeing an initial public offering for DoubleClick Inc.’s Japanese subsidiary. He worked for seven years at Chase Manhattan Bank and for two years at the Bank of Tokyo Mitsubishi. Andy also served as Special Adviser to the Ambassador to Japan, Walter Mondale, where he managed the Ambassador’s media communications strategy. His Japanese experience began when he spent his junior year in college at the International Division of Sophia University in Tokyo continuing through working the grill at the Kyoto izakaya, Kushihachi. 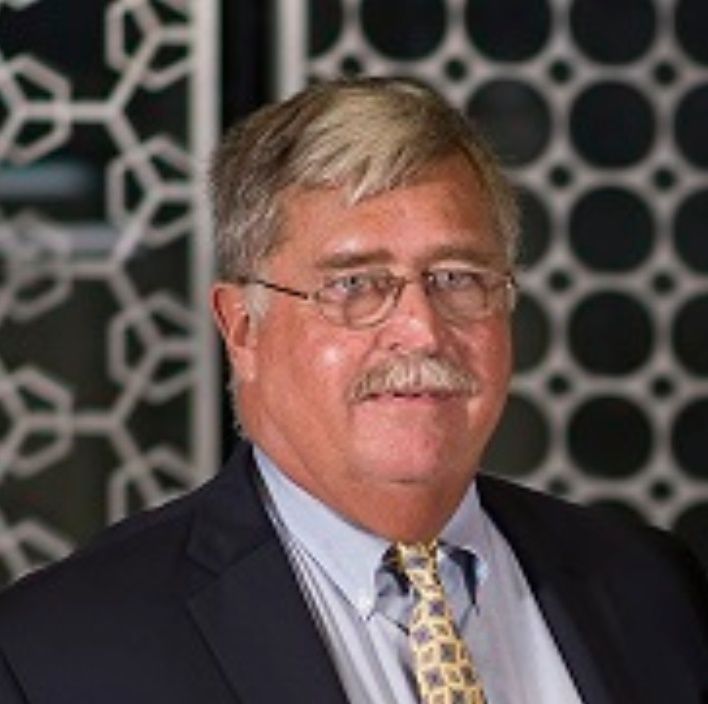 Dan McKillenChairman
Former HealthDay President and CEO, McKillen continues in a consultancy role, particularly in liaison roles with some of HealthDay’s longest standing clients. McKillen has had a long and distinguished career in medical, publishing and internet roles, most notably in a CEO capacity at Reuters.

News Happens. Great Writing Makes it Memorable
HealthDay content is produced by a force of more than 20 reporters and editors, many of whom are recipients of prestigious journalism awards. 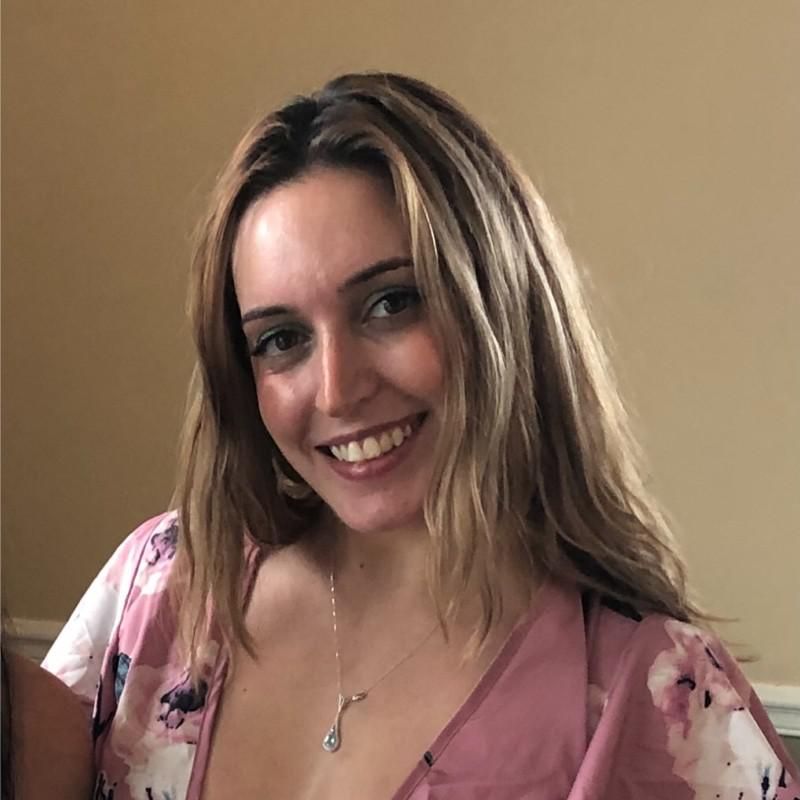 Mary GarlandSales and Marketing Manager
As a former marketing consultant for her own sole-proprietorship and political consultant with a background in real estate, ECommerce and technology marketing, Mary brings a diverse, cerebral skill set to HealthDay’s marketing and sales programs. She is especially focused on marketing operations, business development, strategy development and daily execution in her function at HealthDay. 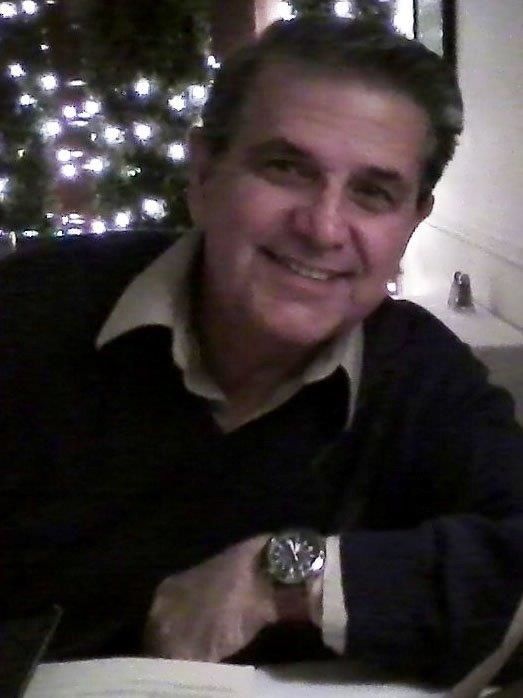 George GiokasSpecial Projects Director
Giokas has a long and distinguished career in journalism, with over 30 years of experience in various capacities, notably as executive news editor of Newsday and as owner of StaffWriters Plus Inc., a company specializing in customized editorial assignments. George lends his editorial expertise in a consultancy role across several HealthDay departments, including the custom content division, and HealthDay TV. 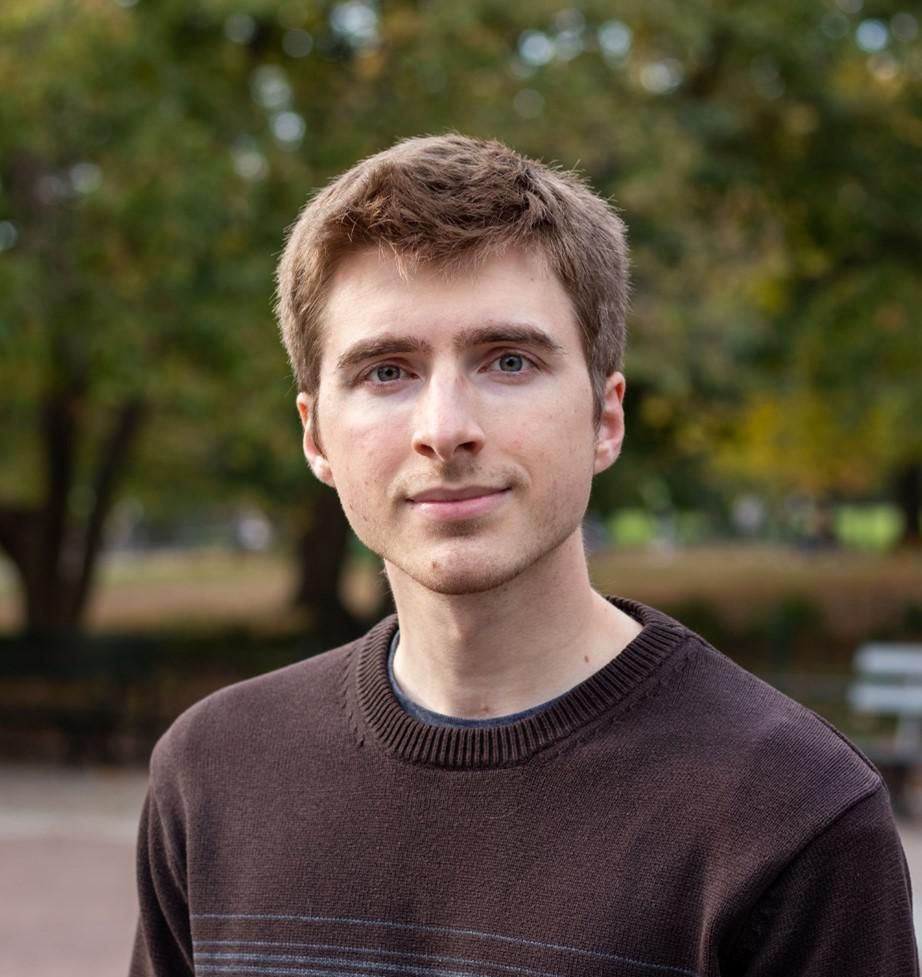 Mark PrusakowskiMedia Operations Manager
Mark is a recent graduate of Columbia University with experience in video editing, animation, web design and advertising. He has a strong passion for educational journalism and has covered events around New York City for multiple publications. 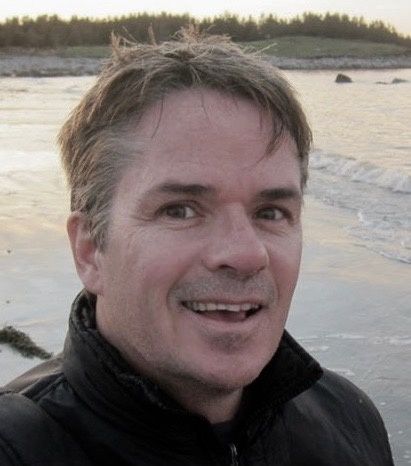 E.J. (Ernie) MundellExecutive Editor, Consumer News
Mundell's experience as a journalist began in the 1990s as a staff writer at Reuters Health, where he later became managing editor for the consumer health news division. His work has also appeared on MSNBC, in Gannett newspapers, The Scientist, and elsewhere. A graduate of McGill University, he worked in film and television production before switching to journalism. 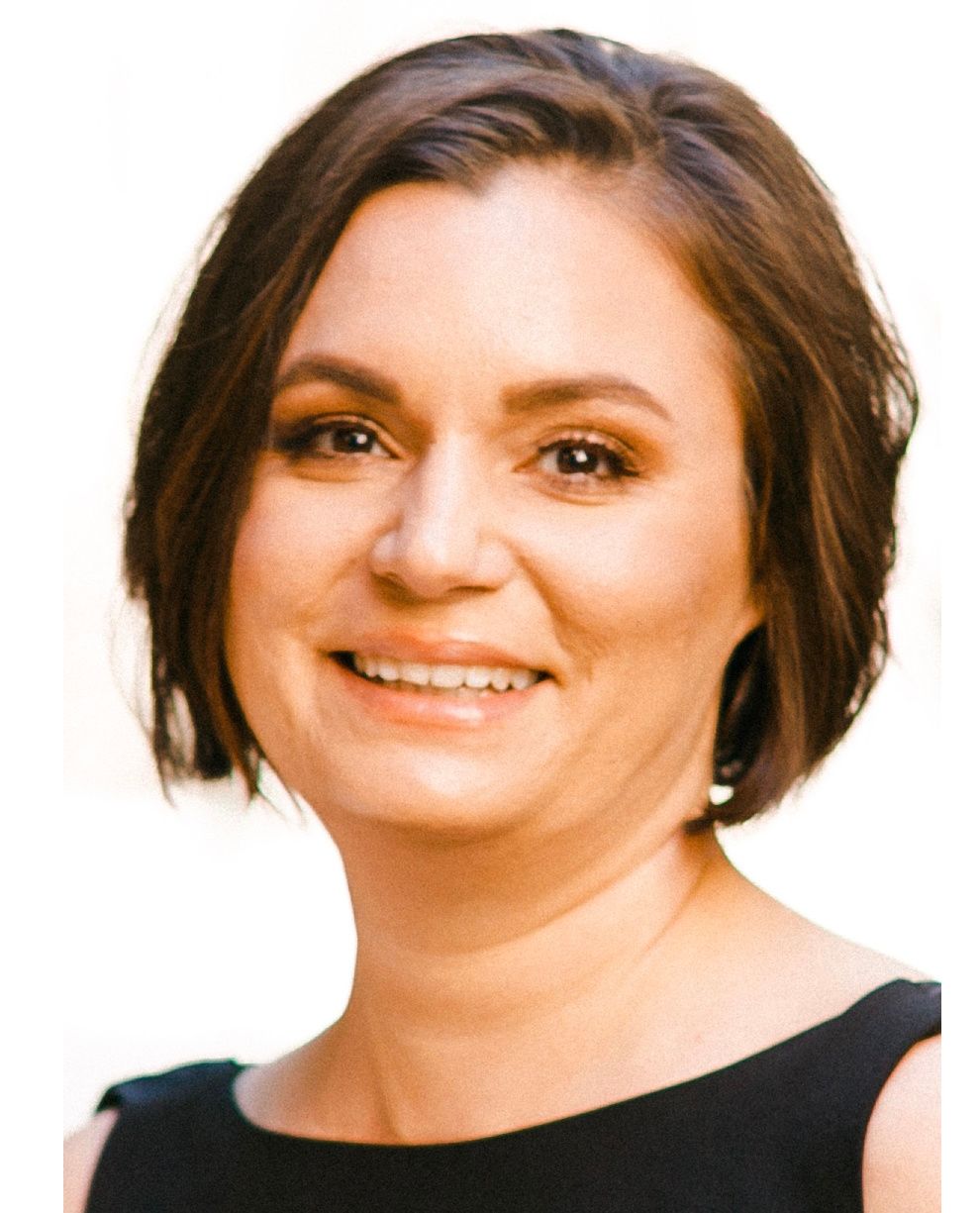 Tina DiMarcantonio-BrownManaging Editor of Physician's Briefing
Brown was a freelance editor and writer before coming to HealthDay. She has written for publications including Orthopedics Today, Spine Surgery Today, O&P Business News, Infectious Diseases in Children, Infectious Disease News, Endocrine Today, Fox Chase Now, and Clinical Oncology News. She has a Bachelor of Arts in Mass Communications from Bloomsburg University. 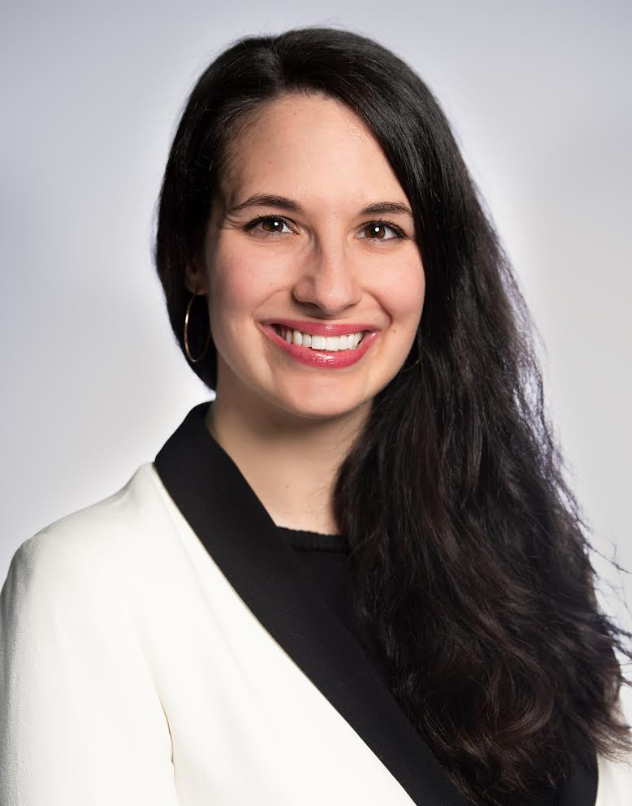 MaryAnn BodanskyManaging Editor, Custom Content
Prior to HealthDay, Bodansky held leadership roles at Eat This, Not That! and BestProducts.com. She has also worked at Health and the Good Housekeeping Research Institute. Throughout her career, Bodansky has taken on the roles of manager, editor, writer, and social media manager for a 360-degree approach to digital media. 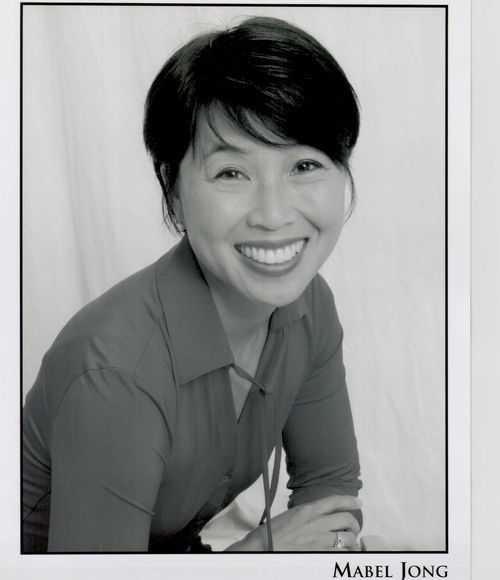 Mabel JongNews Anchor
Mabel Jong is an award winning journalist with over two decades of experience working in business news production in the United States, Asia, and Europe.
Prior to returning to the Boston area, she wrote and produced a weekly show out of London for CNBC Europe that focused on the strategies of headline making CEOs. In addition to her extensive production work, she has worked as an anchor and correspondent for CNBC, NBC News and ABC News. She reported in Asia during a pivotal time in the region's history, landed a one on one interview with Britain's Prime Minister and has done live shots out in the middle of the ocean aboard an aircraft carrier.
In addition to her current on-camera work, she served as a media advisor to several noteworthy thought leaders including Professor Muhammad Yunus, founder of the Grameen Bank and former Federal Reserve Chairman Paul Volcker. 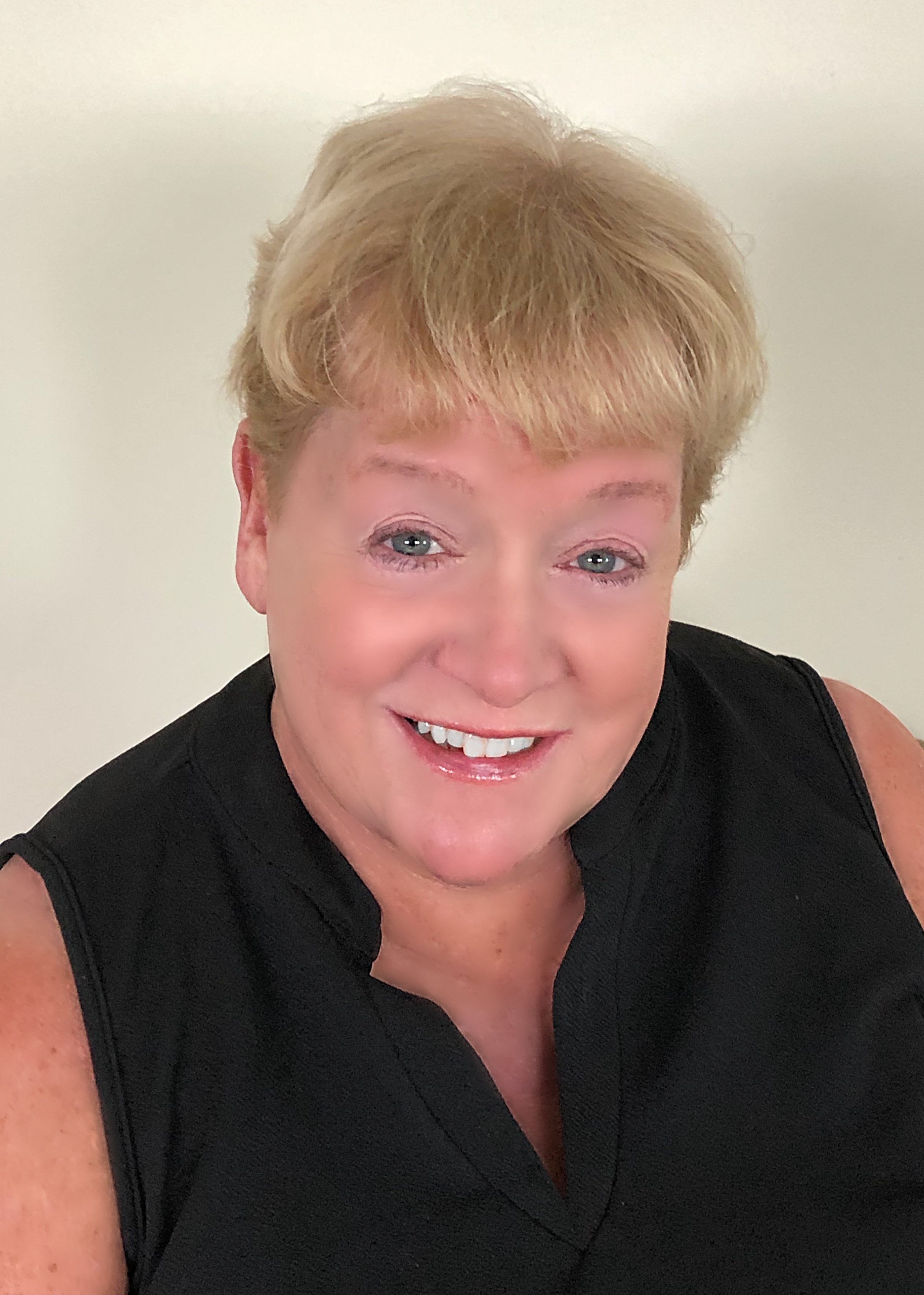 Robin FosterSenior Editor
Robin has more than 30 years of experience in journalism, including editing stints at a Times-Mirror newspaper in Connecticut and a Times-Journal daily in Washington D.C. Before that, she was a business reporter at The Orlando Sentinel and a copy reader at the Wall Street Journal. She has been with HealthDay since 2000, both as a reporter and an editor. 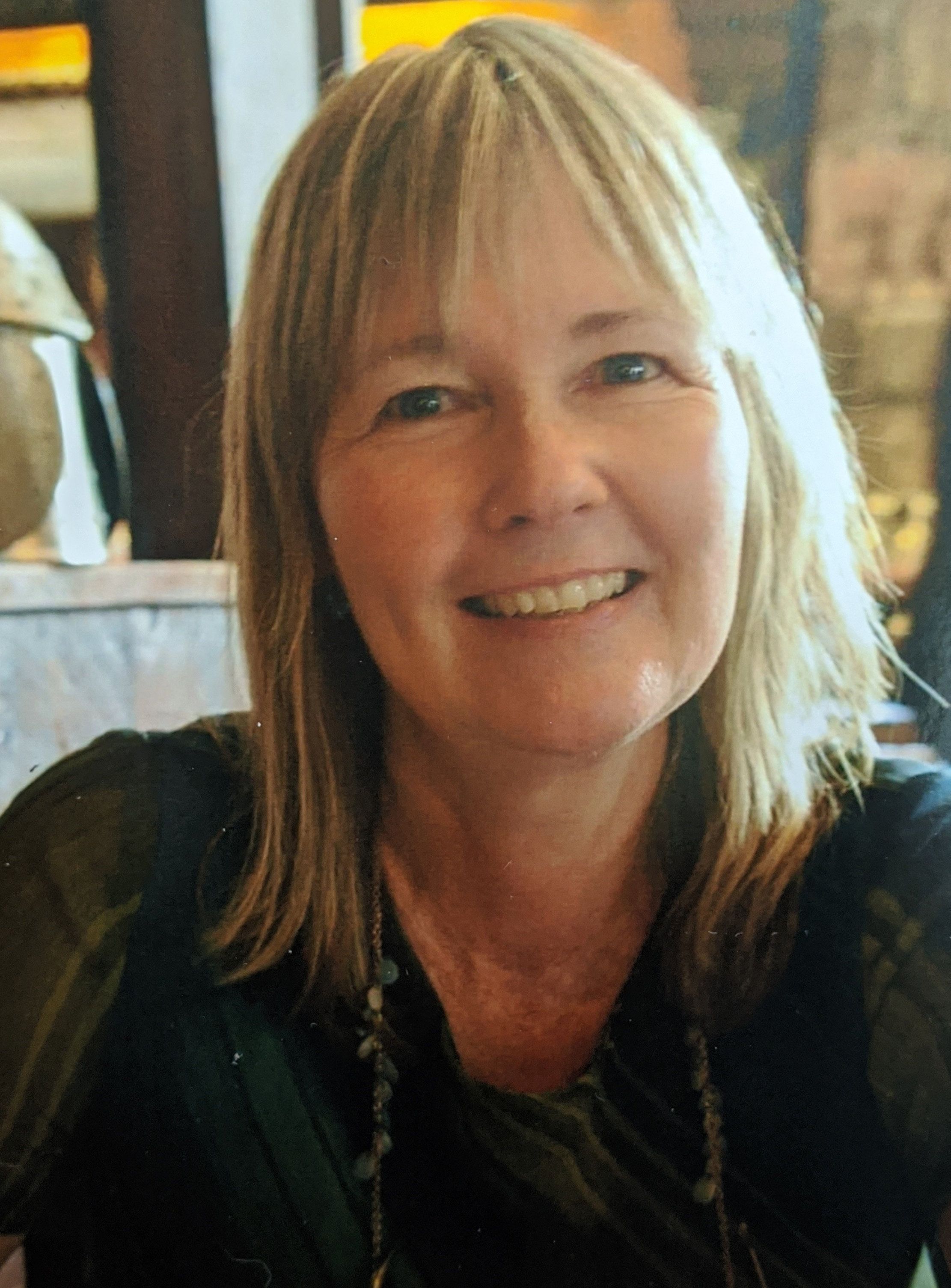 Marianne MadeirosCopy Editor
Madeiros has 20 years experience as a proofreader and copy editor. Her freelance projects have ranged from medical journals to magazines. While employed at Reuters Health, she was introduced to the fast-paced world of Web-based news and has been working online ever since. Originally from New York, she now lives in Massachusetts and happily works for HealthDay from her home in Quincy. 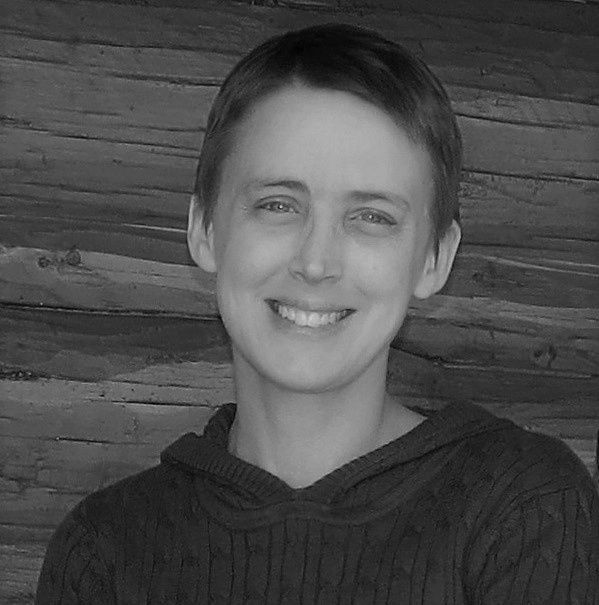 Stephanie BrownAssistant Editor
Brown is a writer and editor with more than 10 years of experience in the healthcare industry. Having worked in both the United Kingdom and the United States, she enjoys editing the latest medical research for Physician’s Briefing from her home in St. Louis. 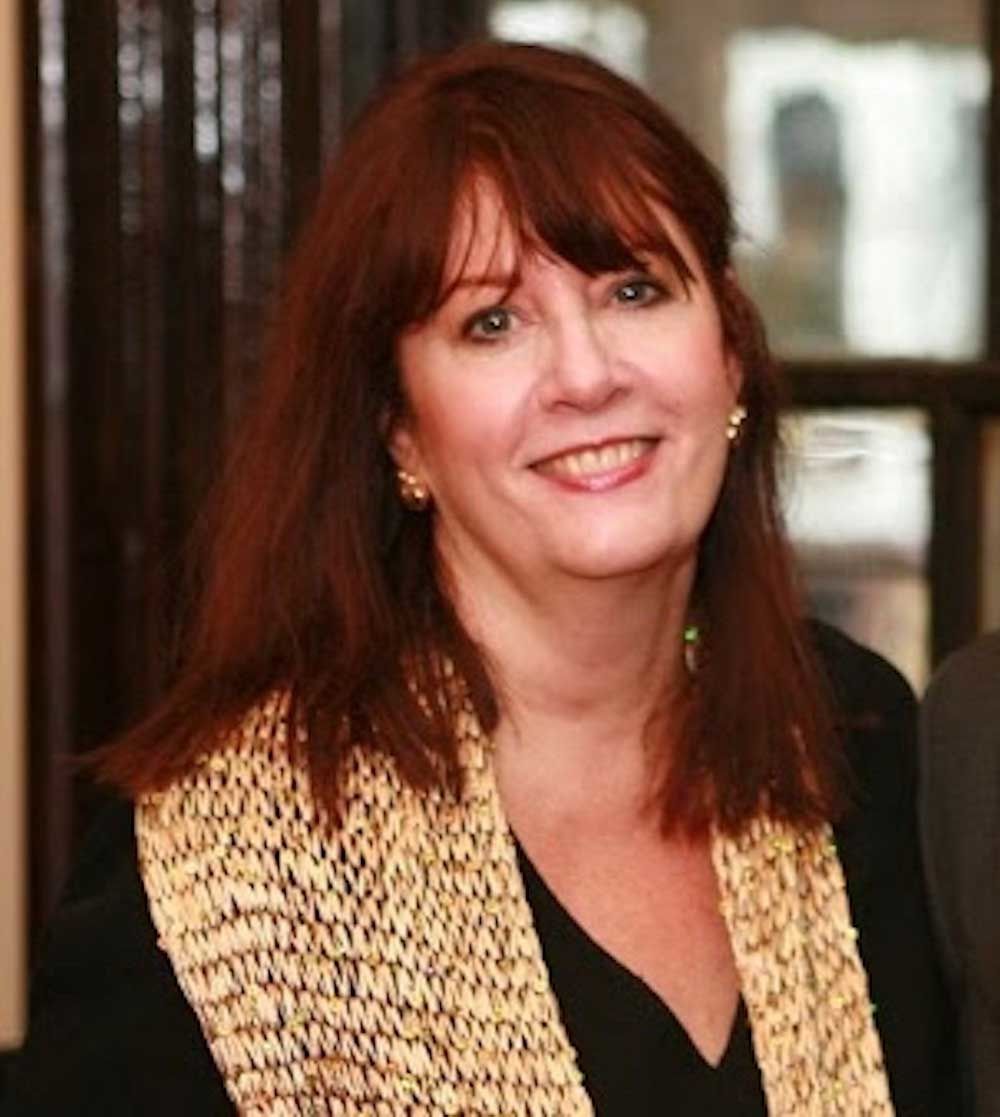 Julie Davis
Julie Davis is a health and wellness content writer, working within all print and digital formats. She has written over 50 books for readers of all ages, from women's interest titles in the areas of beauty, fitness and lifestyle to children's picture books. Her work with HealthDay includes the conceptualizing and scripting of a 1,000-video series on all aspects of wellness from personal fitness to parenting healthy children. 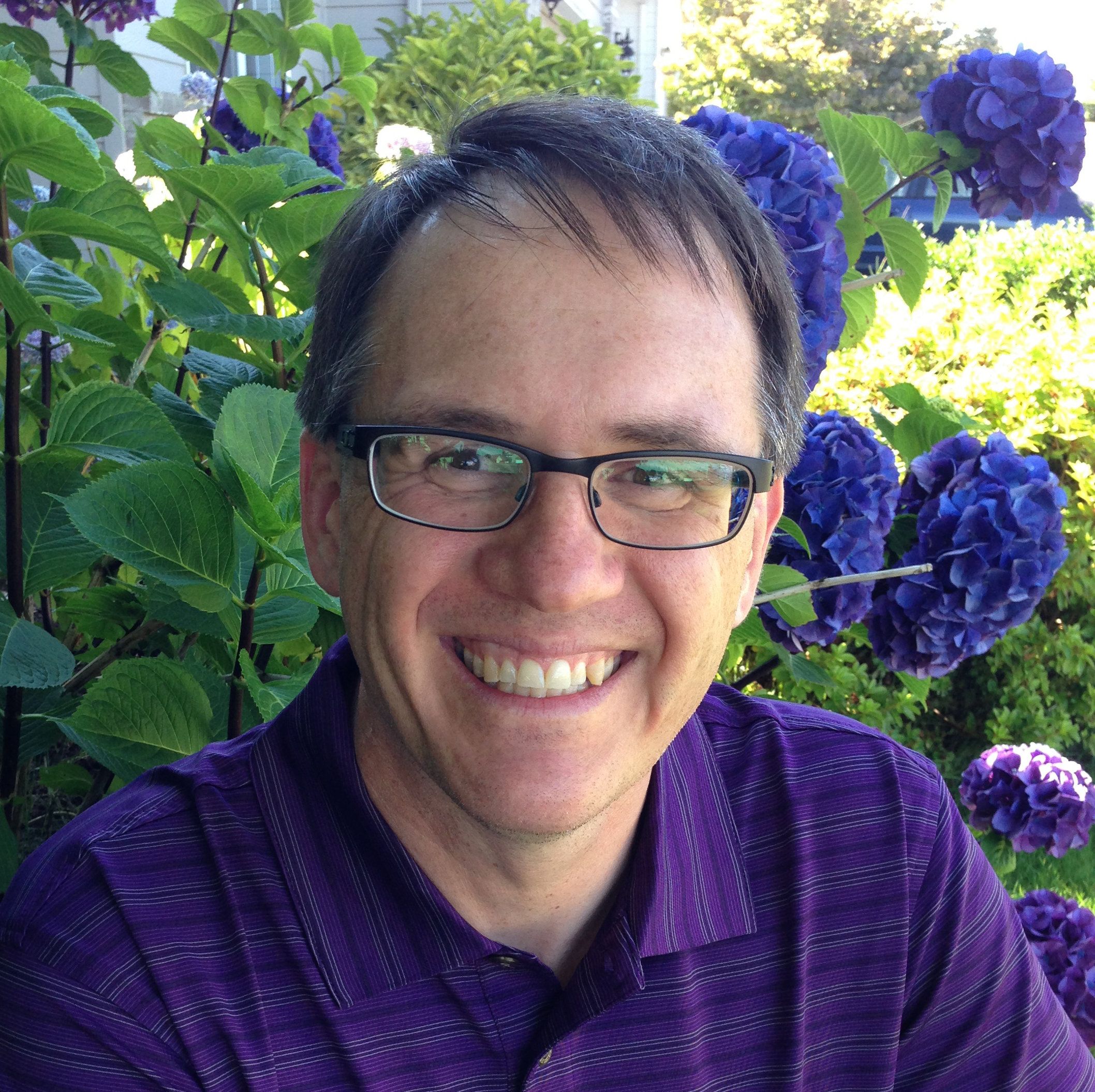 Dennis Thompson
Thompson, a HealthDay senior staff reporter, has been a reporter for over 25 years, serving primarily at Gannett newspapers on both coasts of the United States. He has also worked for over 10 years as a freelance health reporter, writing articles for a variety of online and print news companies. 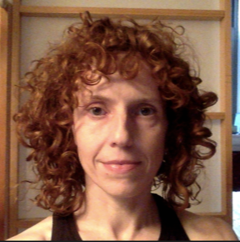 Amy Norton
Amy has been a medical journalist since 1999. She was a staff writer and editor for Physician's Weekly, Medical Tribune and Reuters Health, and has written on health and medicine for MSNBC, The Scientist, Prevention and other publications. When she's not writing, she is teaching yoga or dancing. 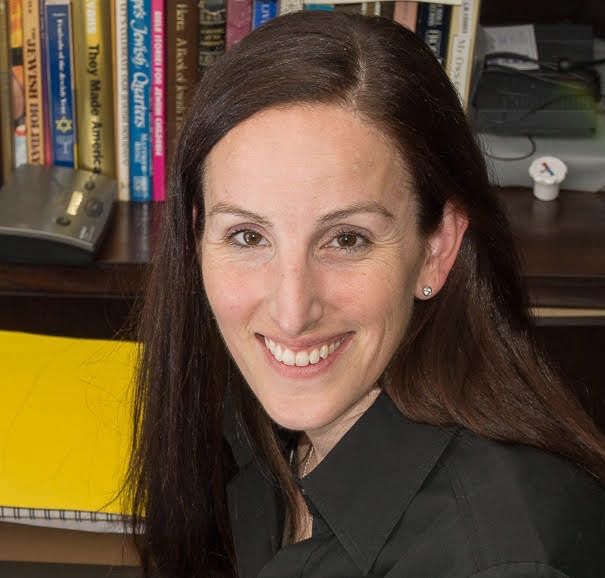 Lori Solomon
Lori Solomon is an Atlanta-based writer specializing in health policy, public health, and medicine. She began her writing career with internships at the New York Times and the Sarasota Herald Tribune. She graduated with honors from Emory University with a bachelor’s degree in biology and also holds a master’s degree in public health with a focus on health policy from Emory University. 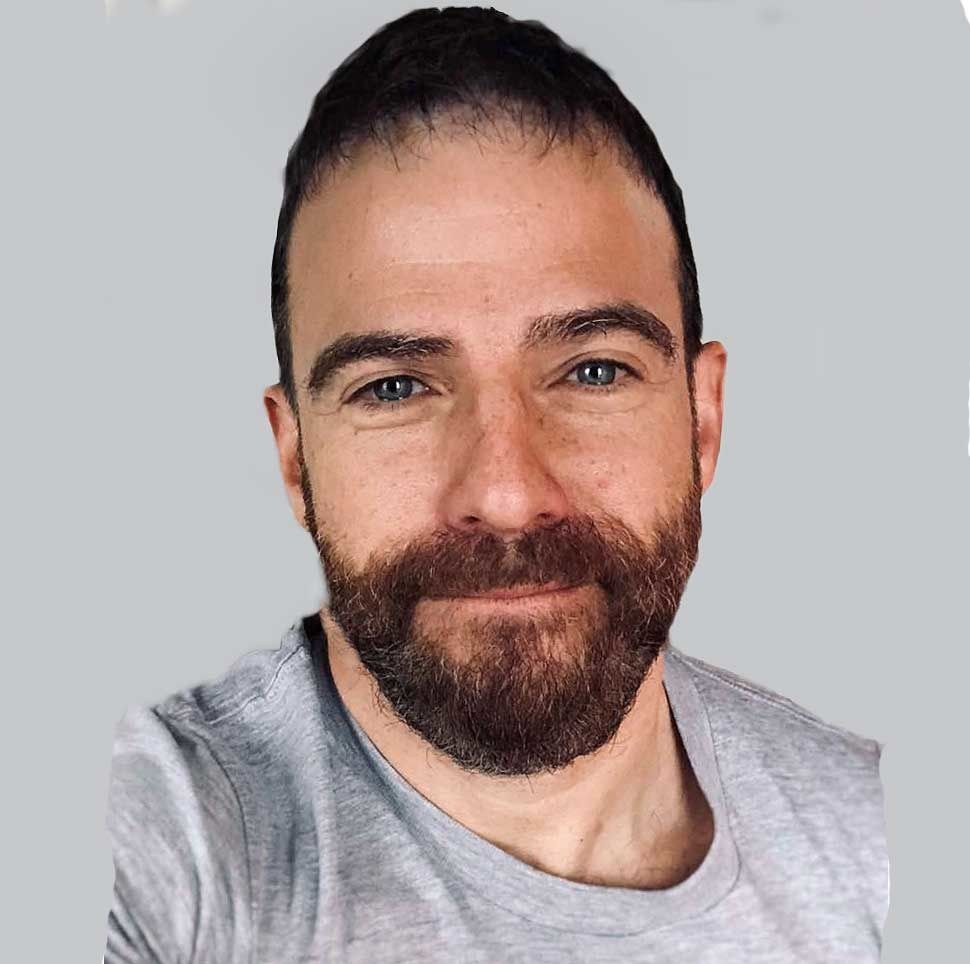 Alan Mozes
Alan Mozes has been a medical journalist for 20 years, having previously reported for Reuters Health and Gannett News. He is also an accomplished photographer, whose work has been featured in Vanity Fair, Architectural Digest, Canon Europe, and Business Insider. A New Yorker born and bred, he's a graduate of McGill University in Montreal, Canada. 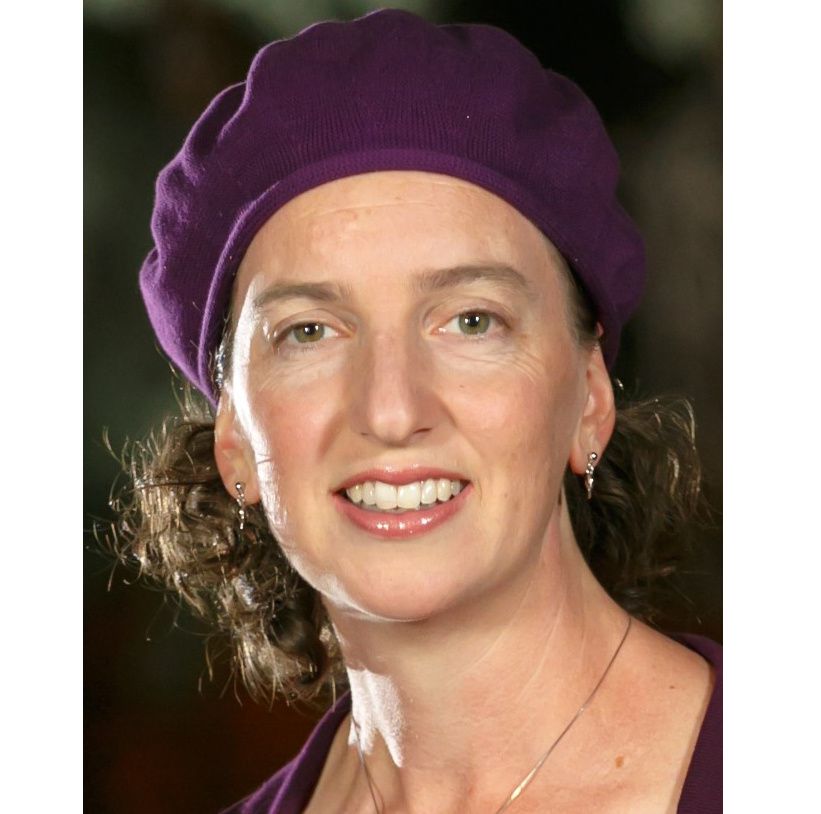 Elana Gotkine
Originally from the U.K., Elana has a Master's degree in Biological Natural Sciences from the University of Cambridge. She worked for several years in the biotechnology industry, initially in the labs, before transitioning into writing. Over the last 17 years, Elana has worked with doctors and research scientists in the field of medical and scientific writing and editing, and has spent the past 9 years working on Physician's Briefings. 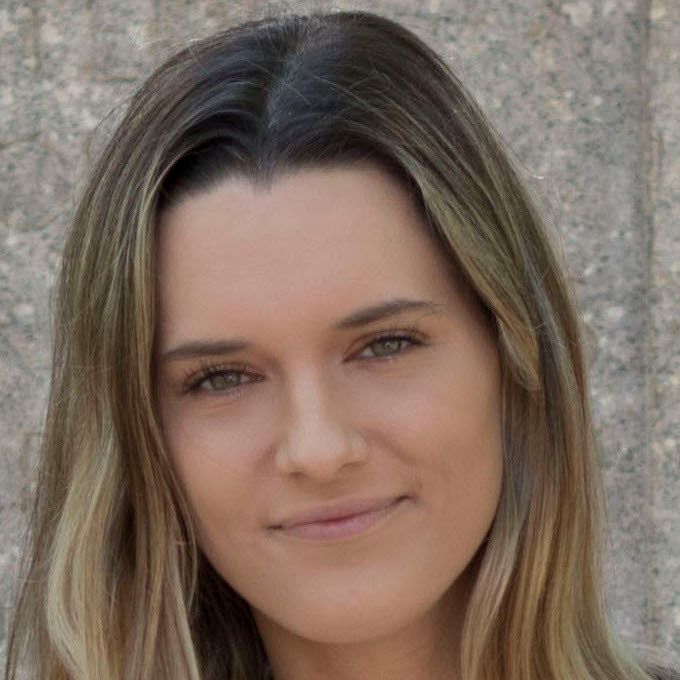 Serena McNiff
Serena holds a master’s degree in journalism from Columbia Journalism School, and a B.A. in English from the University of Pennsylvania. At Columbia, she honed her reporting and writing skills covering local issues in New York City. She has a particular affinity for writing about science and public health. At HealthDay, she is a regular contributor to the Consumer News Feed, Physicians Briefing and also works on collaborative projects within HealthDay’s Custom Content division. She began her career at HealthDay after graduating from Columbia in May of 2020 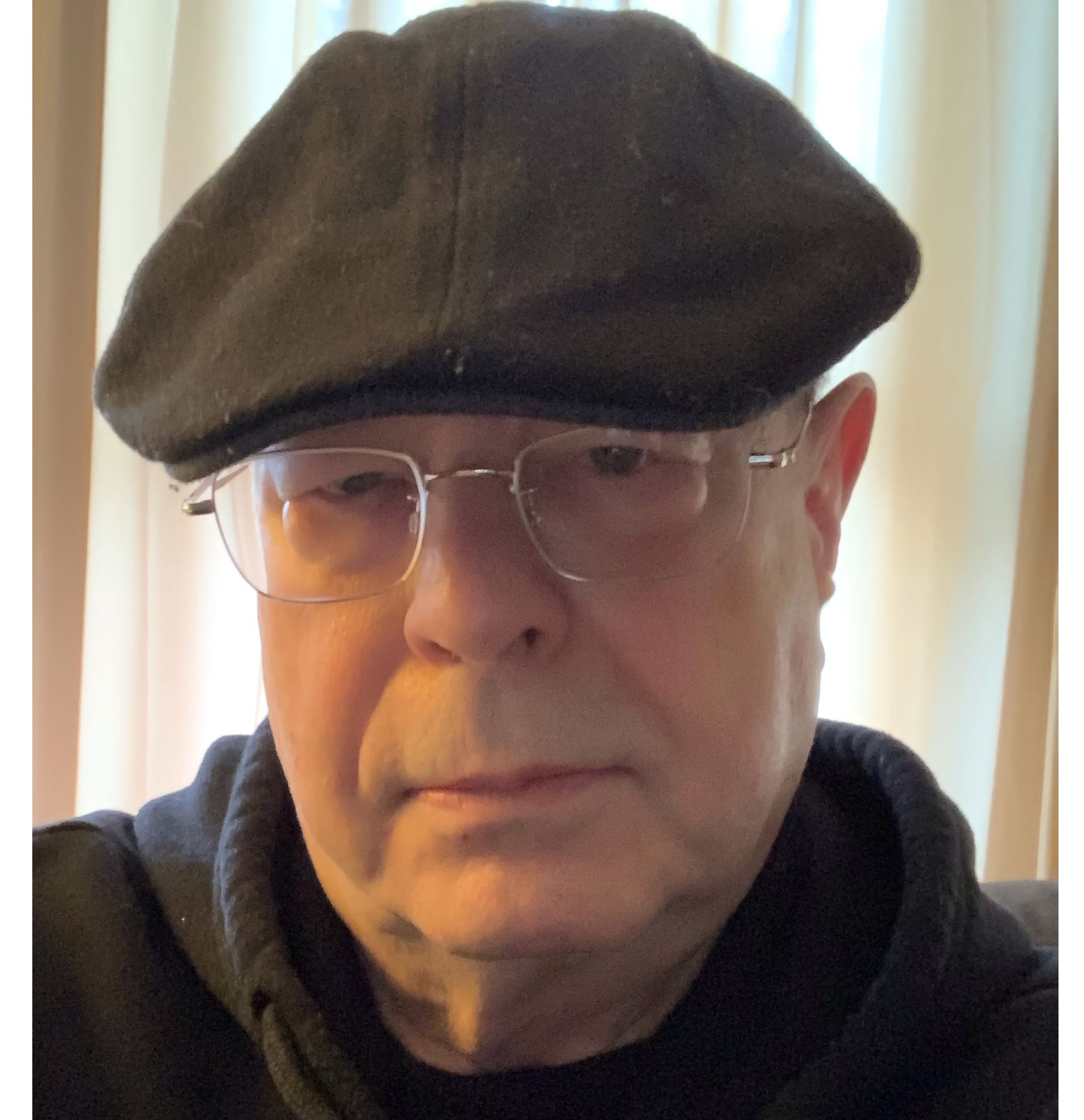 Steven Reinberg
Reinberg is an award-winning medical journalist who has written for both consumer and professional audiences. Over 20 years he has been a staff writer for Reuters Health and HealthDay and his work has appeared in a variety of other online publications. He currently continues to freelance. Reinberg has received writing awards from both the American Academy of Orthopedic Surgeons and the American College of Obstetricians and Gynecologists.
Put HealthDay to Work for You
About usOur ProductsCustom solutionHow it's soldOur resultDeliveryContact